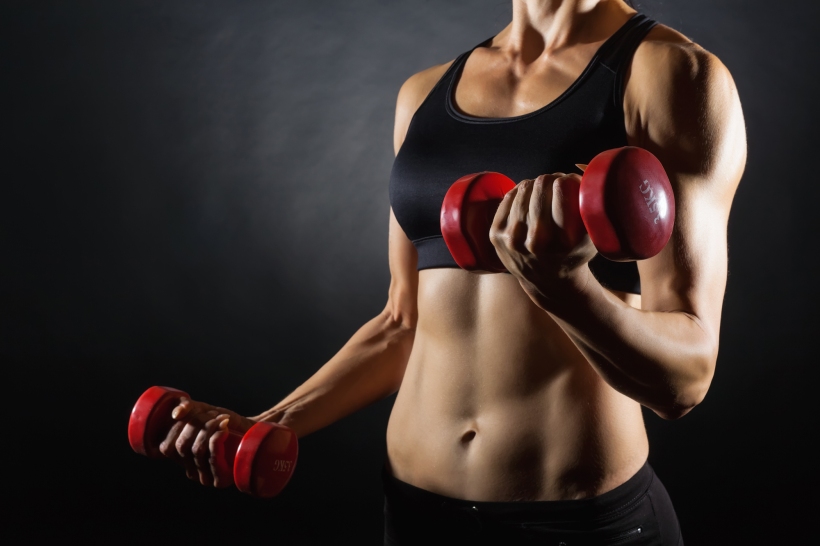 There was dread in the pit of my stomach, a curdling cocktail of nausea and heartburn, from all the festive eating, surfaced in my gut. My hands trembled as I scanned the room, attempting to fill out my membership form.

There was a sea of hopeful individuals, each one cleansing themselves of the cobwebs of the year before, detoxing themselves mind and body of the Christmas treats, each person at the starting line of a new adventure, a new identity. The sea began to form an orderly queue as we approached our leader, as we edged closer to our impending doom, the weighing scales- me, red faced, sweating, cloaked in layers of tshirts and ill-fitting tracksuits, one last feeble attempt to hide any wobble or chub, hair scraped back, for fear of anything adding to the scales. It was like an outer body experience, physically I stood on the scales, yet mentally my person was drowned out by the deafening thuds of my heart beat in my ears, I was 17.6 stone and I wasn’t even 17 yet!

Realizing in 2011, just a month before my 17th birthday that I was indeed closer to 20 stone than 10 stone, I was shocked and disgusted at myself. The car trip home from the weigh in was met with a cascading amount of suffocating silence as I wept, despairing as to how the hell I would even manage to put a dent in that amount of weight!

I cried myself to sleep that night, but not before my dismal attempts at trying to console myself the way I had always done, with two bars of chocolate. That next week in school I felt so isolated and revolting, keeping to myself, both angry and upset at my horrific state, while I was no bigger or smaller than I always was, the numbers that now represented myself were catastrophic and embarrassing for any teenager- and it was all my fault.

Yet despite this I returned to Weight Watchers and lost 13.5lbs in the first three weeks, and slowly but surely the weight began to shift, slowly but surely I began to run and lift weights. I had to be very strict with my food diary, writing everything down and I cut out all bad crappy food- In a year exactly I lost 4.5 stone to arrive at my 18th Birthday party in a size 12 body-con dress, down three dress sizes- I thought I was the absolute shizz!

And I wish my journey continued as above, where I maintained my cast iron motivation and determination and I reached my goal weight, but life got in the way, as lame as the excuse sounds, but Leaving Cert exams took precedence, and while I maintained my weight for my Debs, the start of college sent me on a downward spiral which resulted in glandular fever.

Everyday I would come home from college and sleep on the couch and then sleep all night, I was lifeless, energy-less, a shell of my former self. Diet and exercise were a thing of the past and the weight crept on at an alarming rate. Mix this with a bad break up and a broken leg and you’ve got a recipe for weight gain disaster.I then joined a gym, one of Cork’s most expensive fitness plans, with the aim of changing my life- using my summer savings I signed myself up for a grueling 12 week plan which consisted of weight training, which I loved- the nutritionists, however caused me to develop a rather unhealthy relationship with my food.

This company were driven solely by results, tasking me the unrealistic view of losing 4 stone in 12 weeks and dropping 4 dress sizes, when I was only losing a steady 2lbs a week they lost all interest. Berating me for losing 3lbs instead of 5lbs, blaming me for cheating, losing my file and all record of my weigh ins, despite this I did lose 2 stone.

In September 2016, with a new job, a new adventure I bit the bullet and returned to weight watchers and lost 10lbs before Christmas- but the routine didn’t stick, I was all set for another spiral, another descent into weight gain territory, to never return again. Totally uninterested in weight watchers- I was contacted by Ann, a weight loss savior disguised as a gym owner, she offered me a 4 week health and fitness starter program in return for my blogging- and this is where my new journey with At The Fitness Centre begins- New Year New ME!!!

Based in Mayfield, At The Fitness Centre is home to Chris Mc and Ann, where they offer spin-fit, TRX and personal training sessions from only €30. The 4 week starter program consists of three 30 minute personal training sessions a week, working a different body group each session. Their exercises are weights based- so there’s no running involved, yet- We speed through a 30 minute session, I’m almost upset when it’s over- ALMOST, I have to be careful what I write in case they read this! LOL

They offer weekly weigh-ins and nutrition plans all for only €33/week. I had a consultation last Thursday which caused me to reevaluate my goals for the year- I would actually like to be bikini ready this year for the first time in 22 years!

I have had two training sessions so far, legs and chest and back- my legs are still suffering…I’ll weigh in Thursday and I’m hoping for good results, while I have only just started, their work ethic and their friendliness has made me think that this is the beginning of a long, suffering gym relationship!

I will update you all on Thursday good or bad- pray for me!!

There was an error retrieving images from Instagram. An attempt will be remade in a few minutes.

Not So Dumb Blonde

Not So Dumb Blonde